If you’re as big a fan of the Starz Outlander TV show series as I am, you’re hunting for some great Outlander Claire Randall Fraser Scottish costumes for women.

I haven’t got a clue why Starz and/or Diana Gabaldon haven’t come out with a wonderful line of Outlander costumes to support the series, but I live in hope.

Whether it’s for cosplay or for Halloween party wear, the hunt is on for 18th century Scottish costumes for women, right?  What else would be as much fun as dressing like our favorite romantic heroine?

I’ve been cruising around the internet for awhile now trying to find appropriate period Scottish costumes women will love.

Here’s what I’ve found so far that would make great Claire Fraser costumes from Outlander.  If you need Outlander Jamie Fraser Scottish Kilt Costumes For men, be sure to check the post I made just for him.  You’re going to love all the Scottish costume ideas!

Let me know what you think ~ I’ve still got my eyes peeled!

Reenactment, cosplay and theater applications call for the most authentic 18th century Scottish Highlands costumes for women.  Quality is a must, so I went directly to the best artisans I could find ~ on Etsy.

The price points are more than your run of the mill costume company items, but the quality bears out the higher prices.  If you’re planning a reenactment or cosplay event, you’ll definitely want to take a look at these lovely costumes from Etsy. 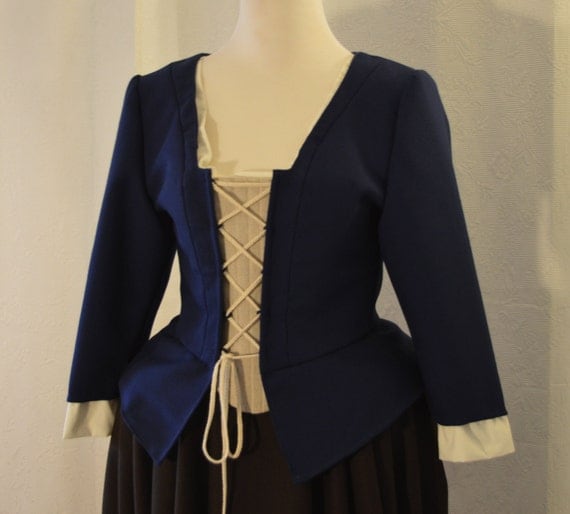 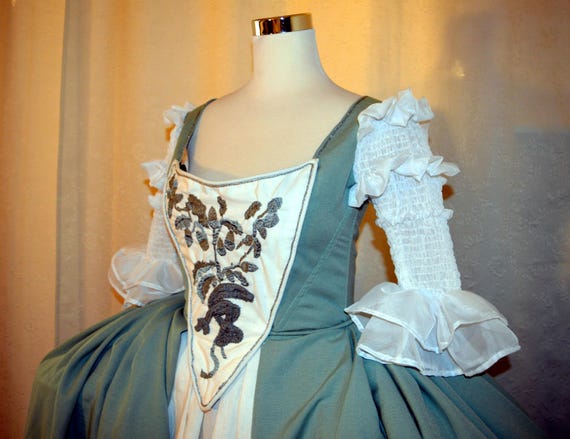 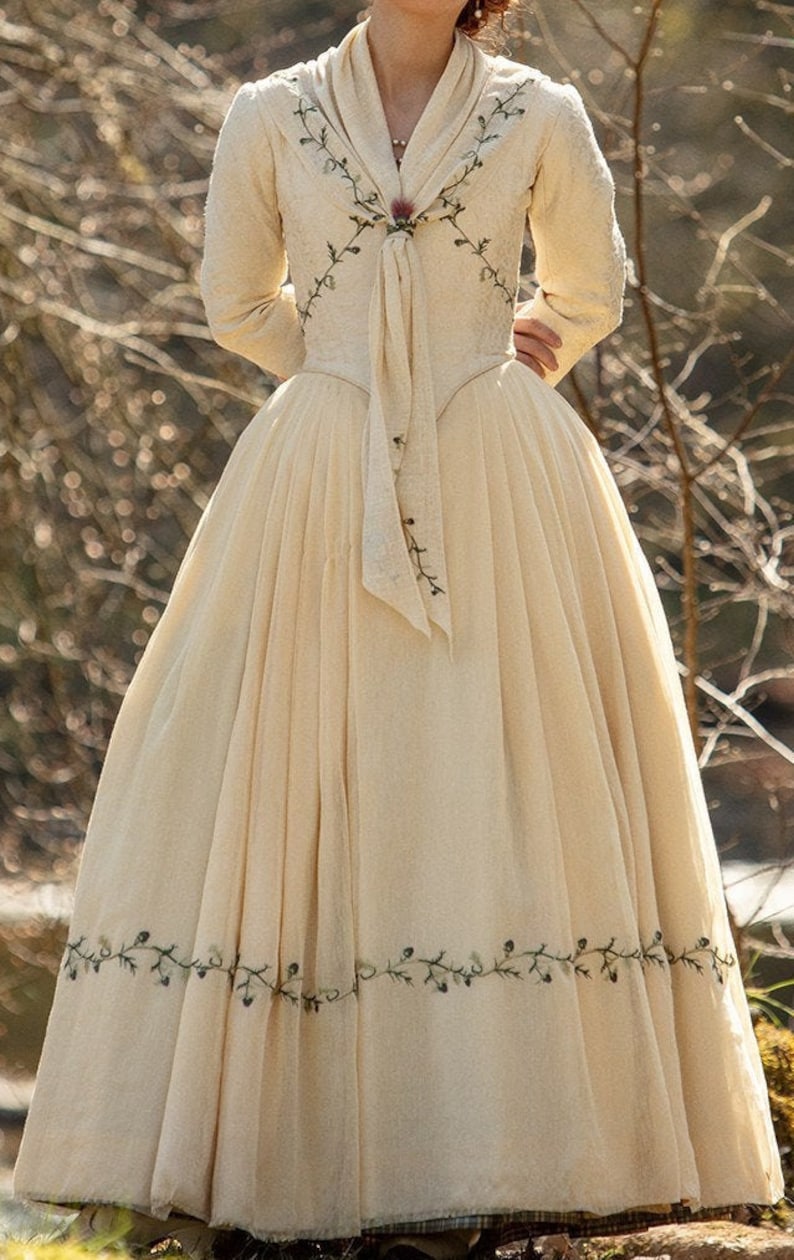 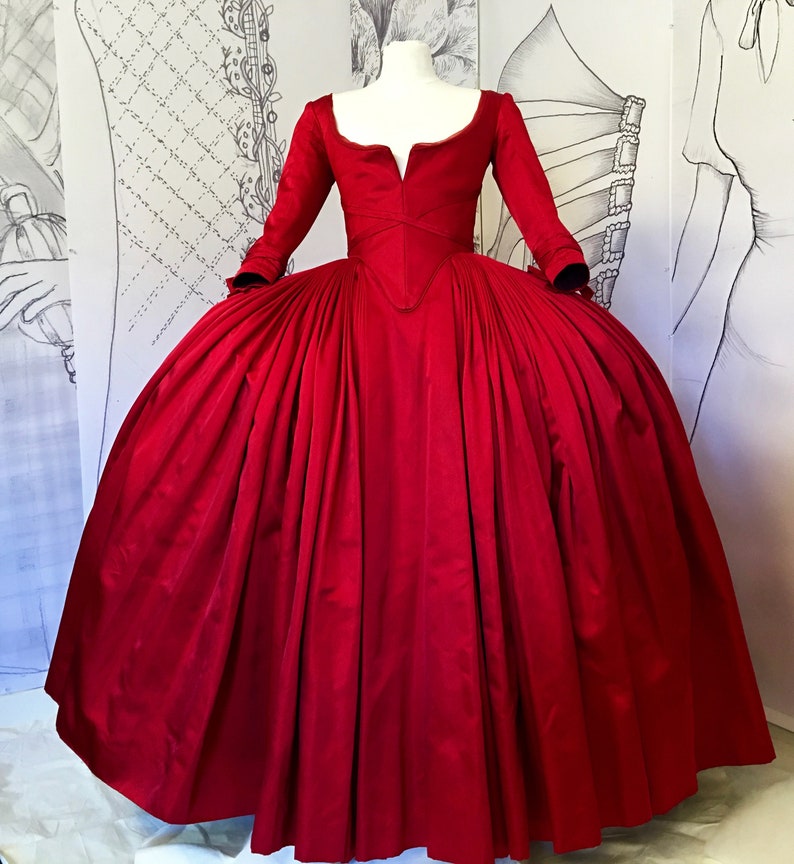 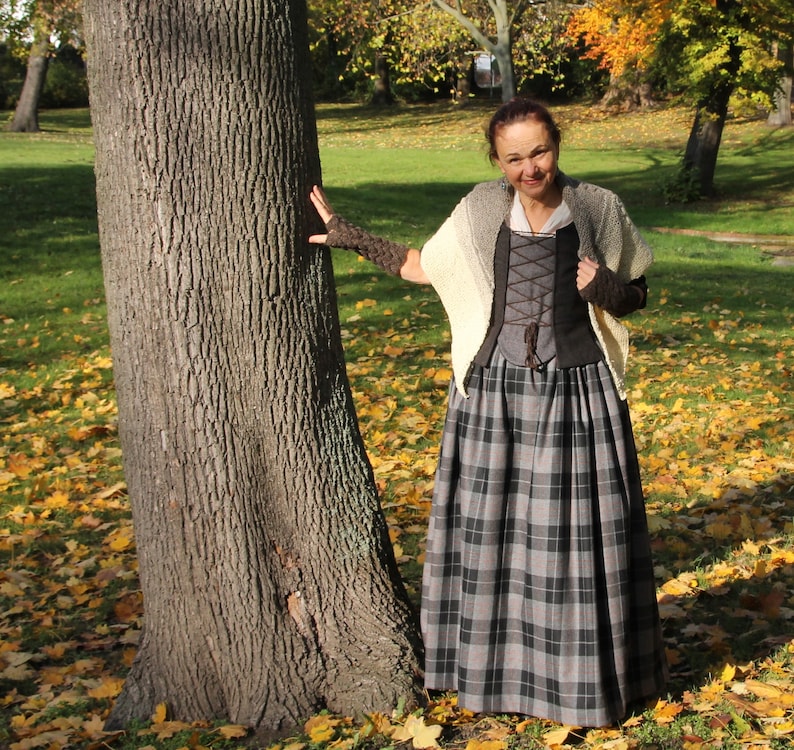 Dress in the style of Outlander 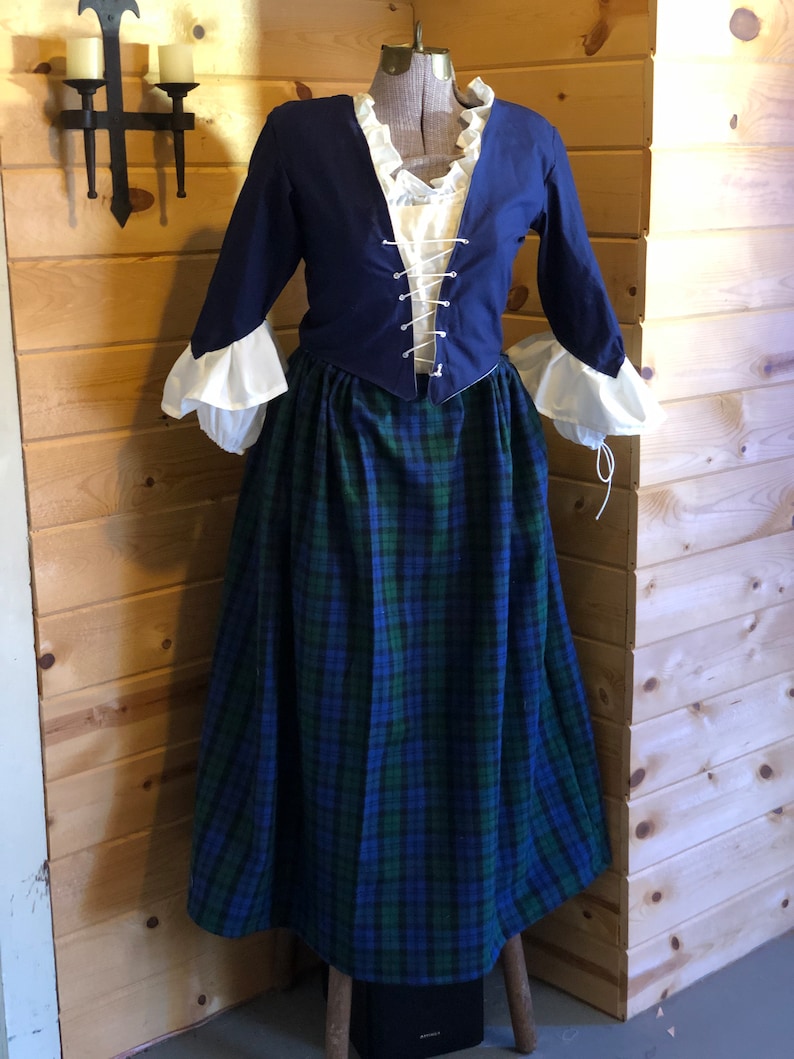 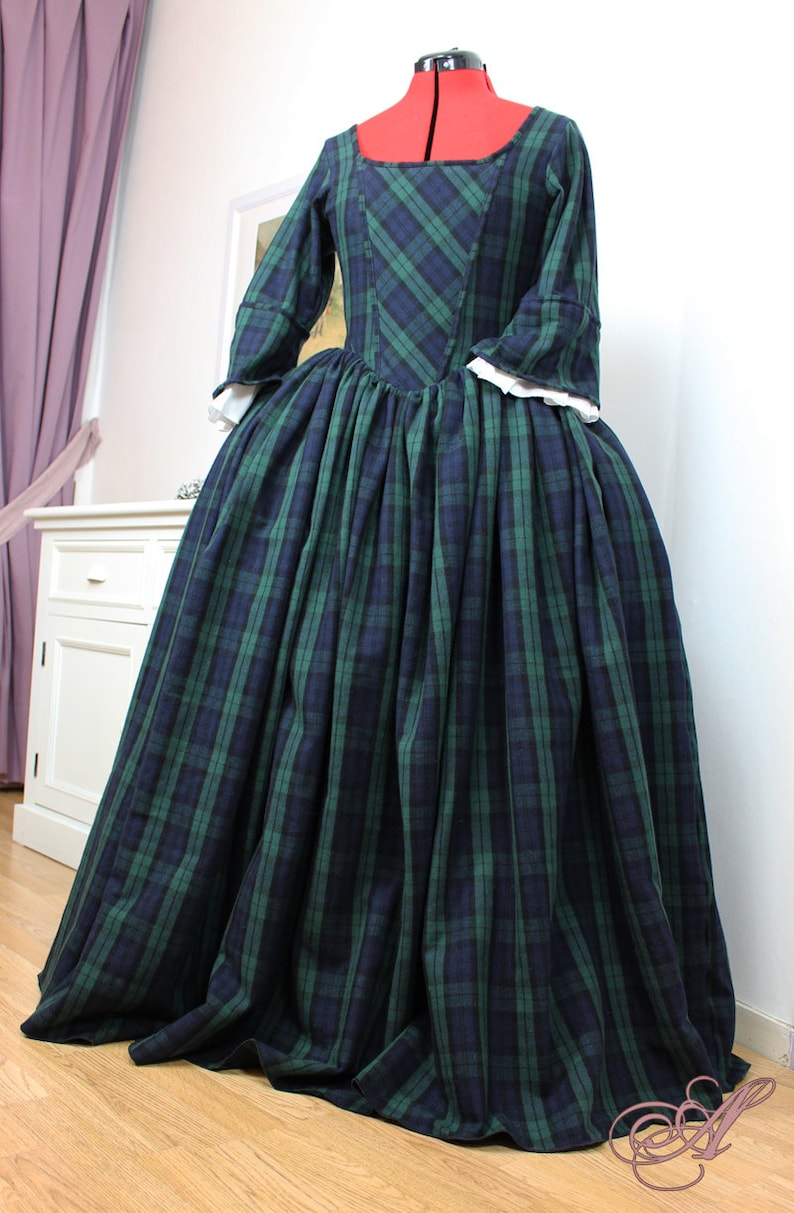 Didn’t you just love Jamie and Claire’s wedding back in Season 1? It was such a good opportunity to see the Scottish Highlands formal wear of the period. Claire was so lovely in her wedding dress and Jamie…well, what can I say? He’s just scrumptious!

A Scottish Highlands themed wedding would be incredibly beautiful, don’t you think? How much fun would that be! In fact, Etsy has some stunning Scottish fancy dress costumes that would make perfect wedding dresses. How about this one for example? Isn’t it beautiful?

It’s worth taking the time to look around Etsy for some gorgeous Scottish fancy dress costumes that would be ideal wedding gowns. You’d make a beautiful Highland bride! In choosing a costume for 18th Century Scottish Highland costumes for women, I looked at the bodice and especially the neckline. The Renaissance costumes tend to have those long flowing sleeves, too. I would consider replacing the sleeves if you really like the dress for your costume.

Some of the dresses are called “peasant lady” dresses, and they seem closest to what people around Claire would wear for daily wear.

Scottish Costumes For Women On Amazon 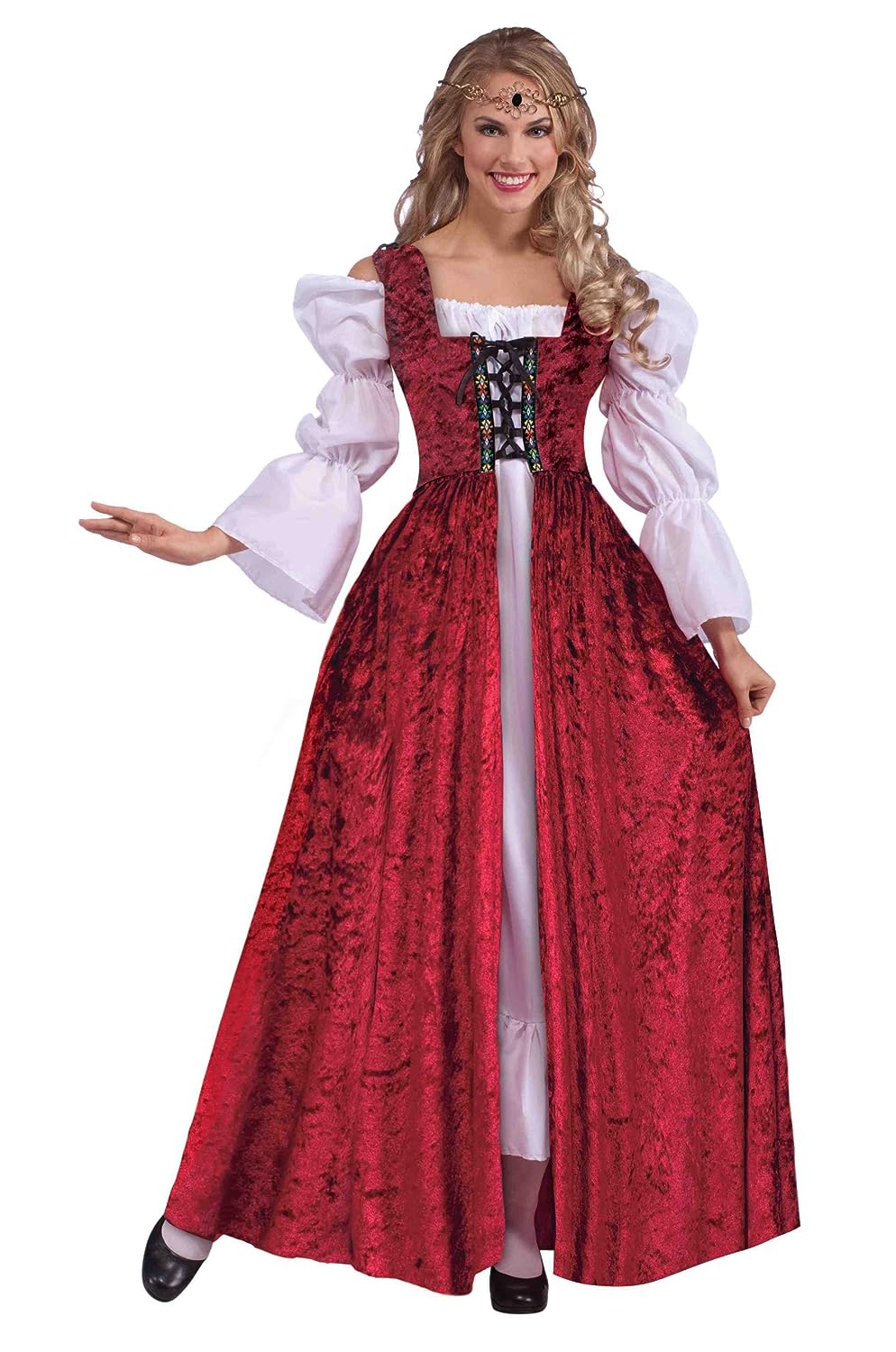 I searched Amazon and found a few more great possibilities for a Claire Fraser costume. These are excellent costumes to reflect Scottish Highlands daily wear. You can even spiff them up a little for period festival, or more dressy wear.

Remember that the 18th century bodice was tight-waisted and was either a laced jacket over a peasant blouse or it was actually a part of the dress. The bodice was low-cut, but the shoulders were actually worn on the shoulders. I mainly used that as a guide in looking for 18th Century Scottish Highlands costumes for women at Amazon.

Tweak these costumes just a little to transform them into what we want them to be – something Claire Fraser would have worn.

The results are here and I think you’ll like them. Be sure to read the descriptions closely as some of them might require that you also buy a chemise or blouse to wear under the costume. 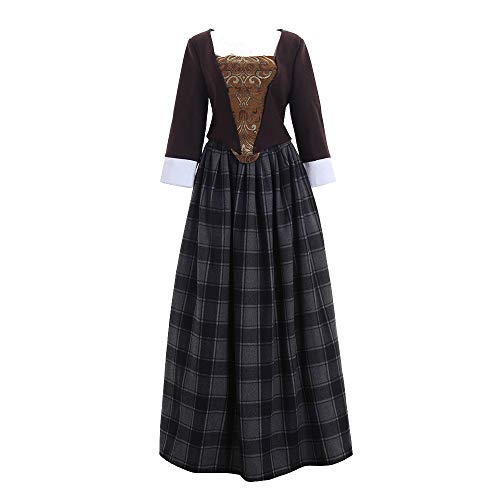 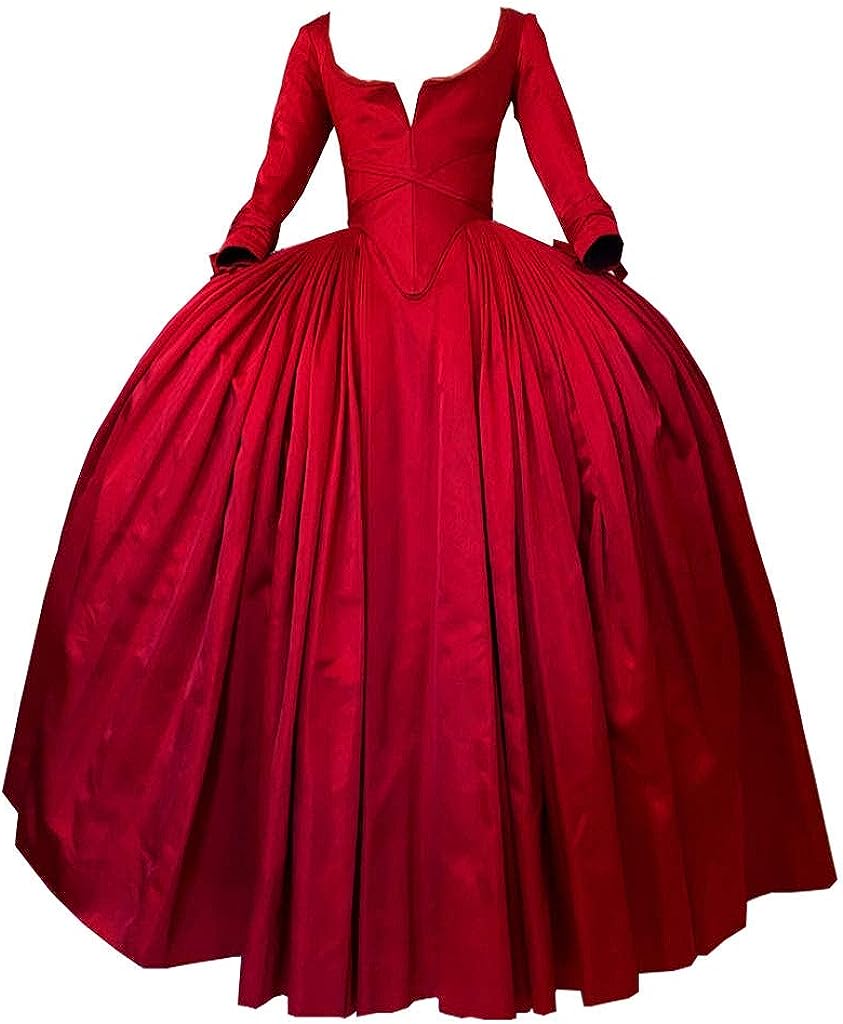 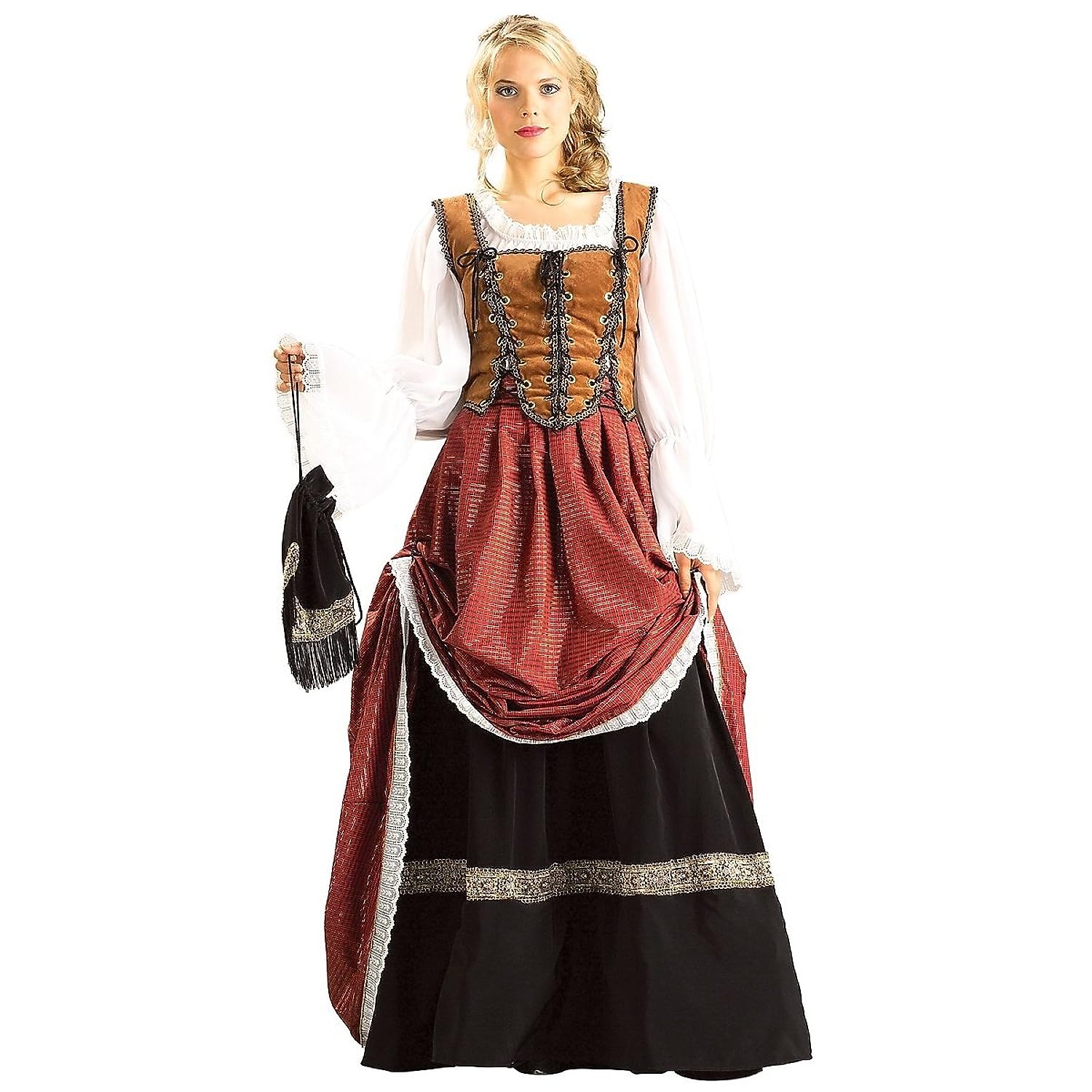 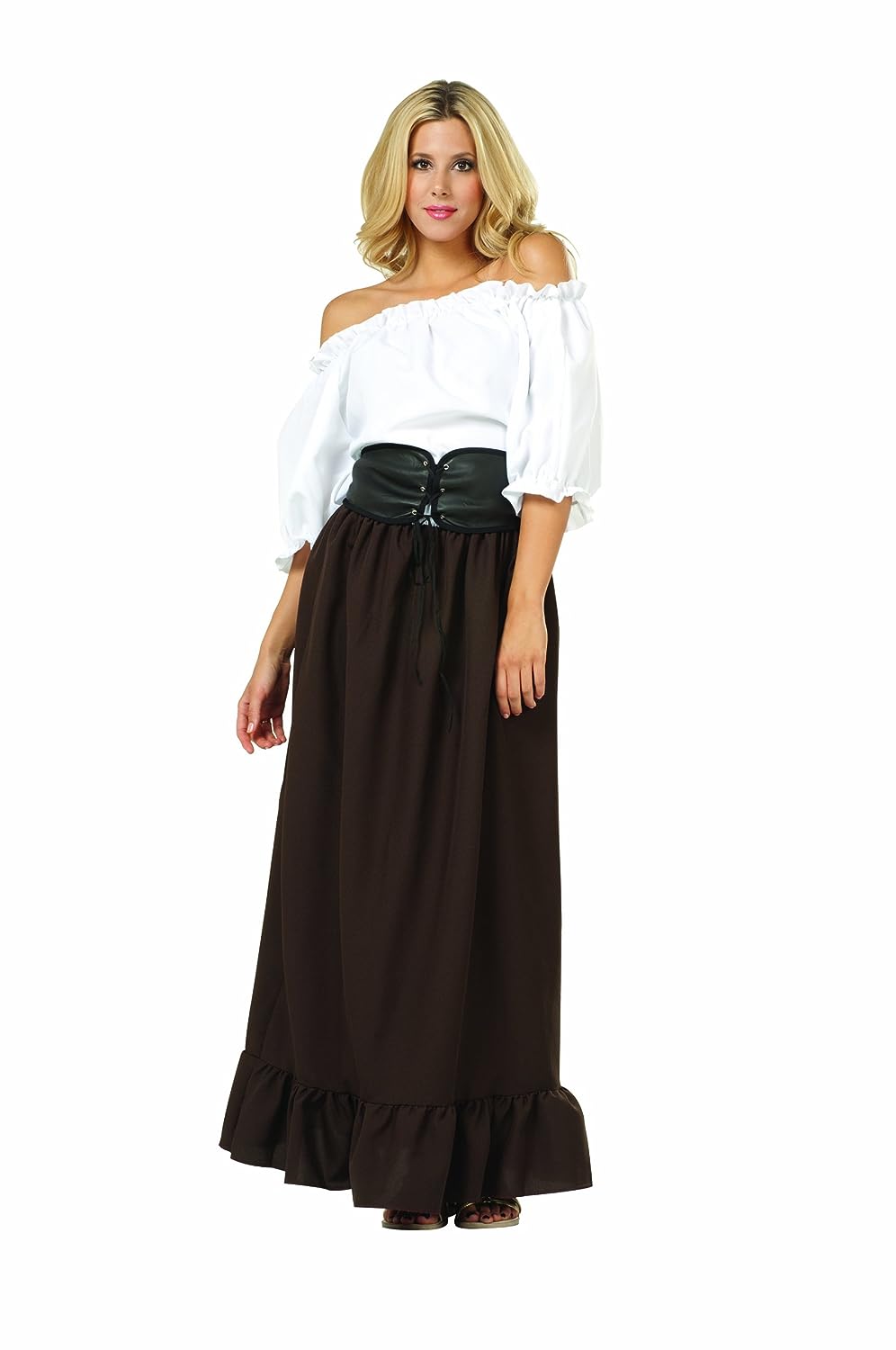 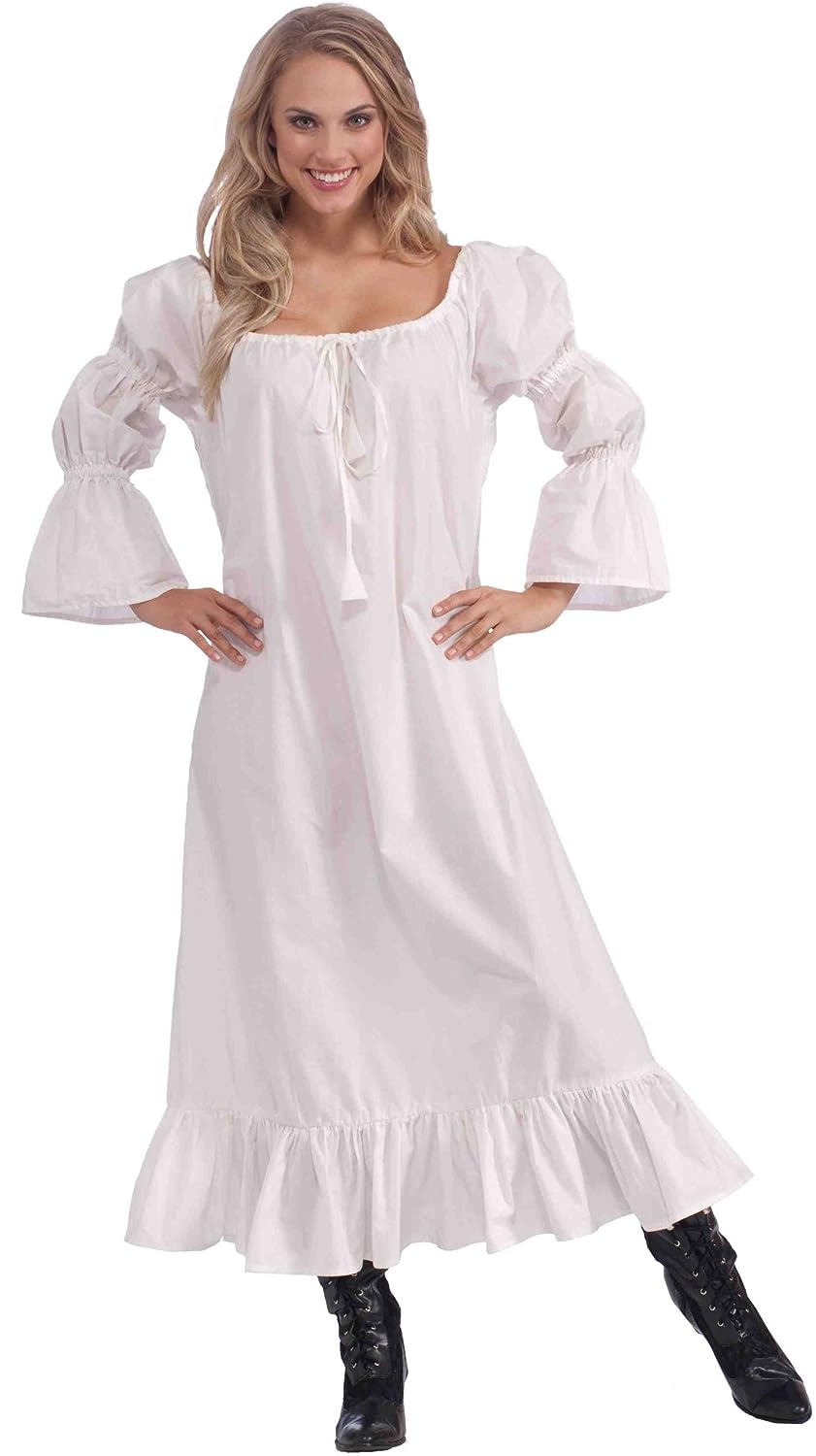 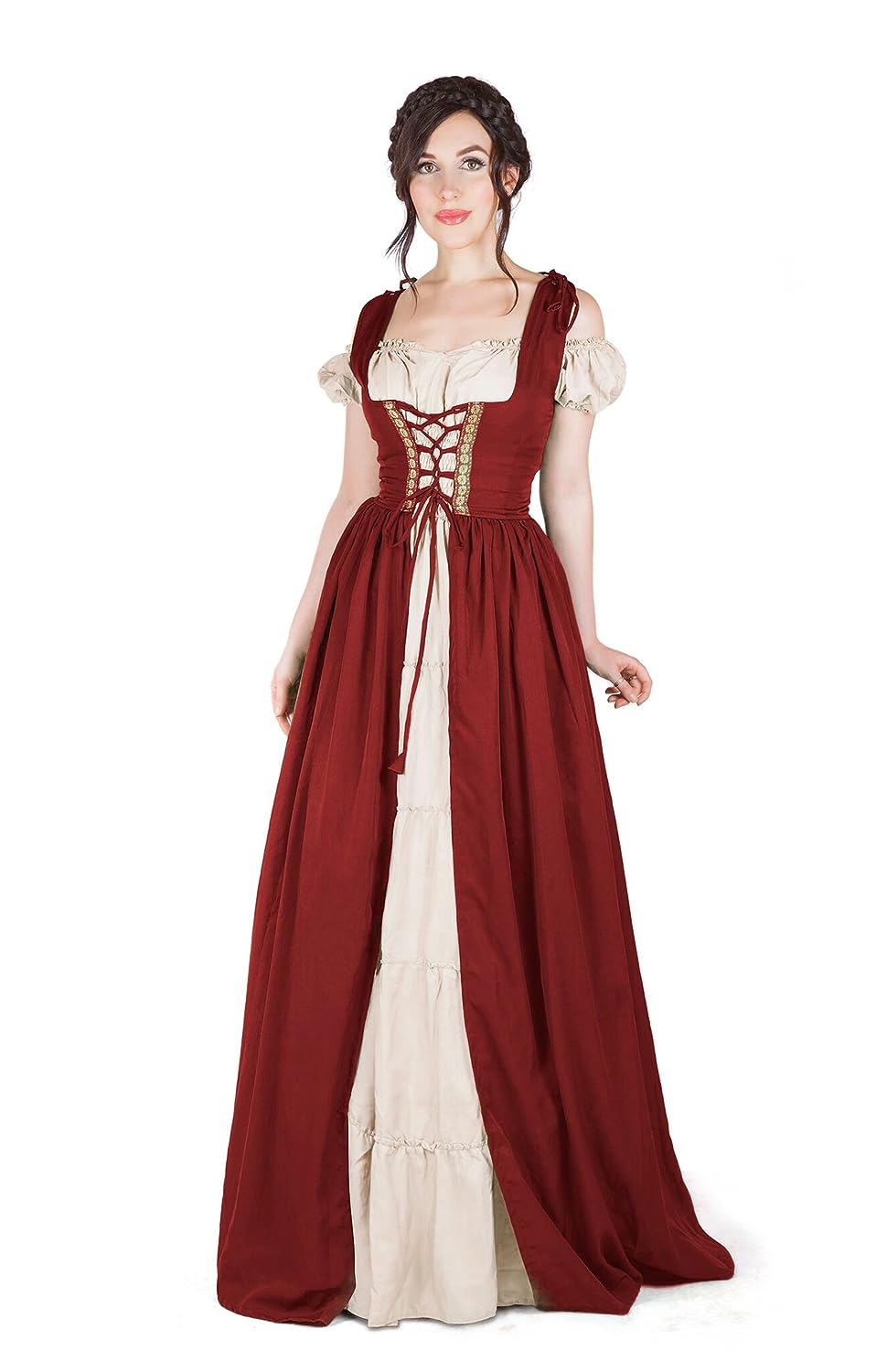 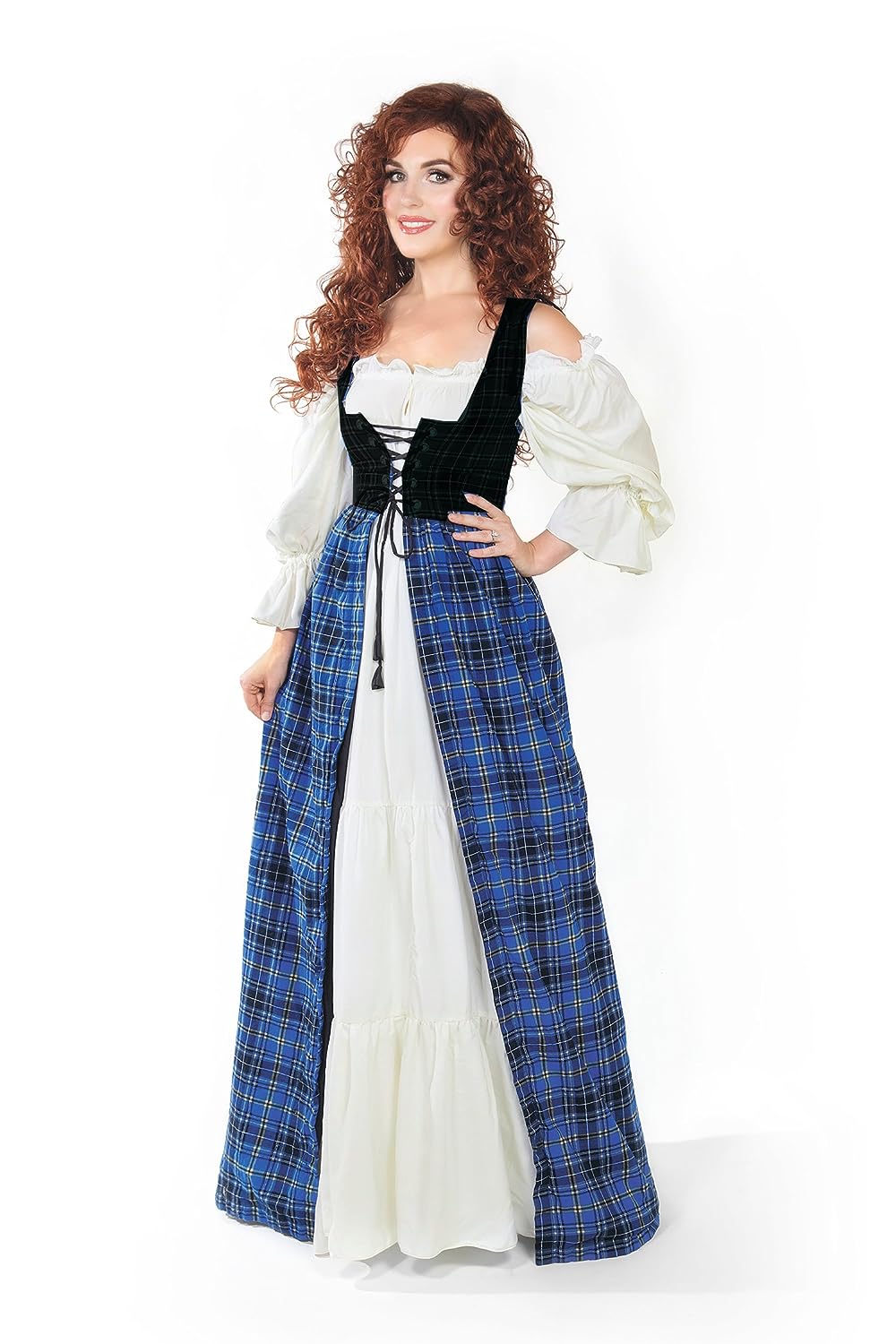 Going to a Scot themed party and just want something cute to wear? No worries. Here are some real cuties. I dinna ken if Claire would wear these, but they are so cute, who could resist? 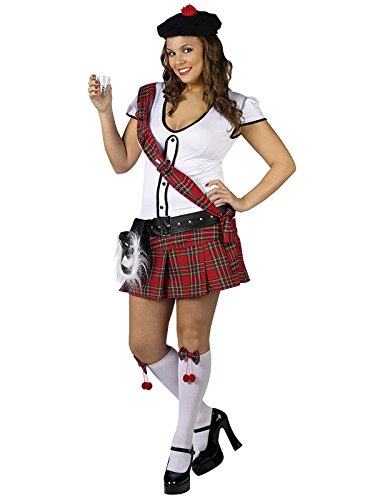 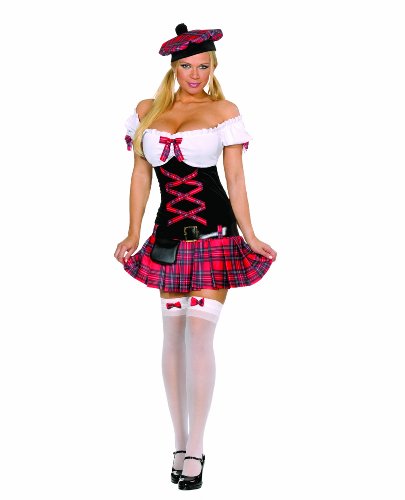 Scottish Costumes For Women On eBay

Now over on eBay, there’s a pleasant mixture of 18th Century Scottish Highlands costumes for women that would be great Claire Fraser costumes.  These run to the very good as Claire Fraser costume candidates.  Hope you enjoy the selection at eBay ~ it’s so much fun to shop there!